Rastafarianism has taken off since its origin in Jamaica during the 1930’s, and today there are thought to be more than a million Rastafarians around the world.  In South Africa, the largest community is found just outside Knysna, in a place called Judah Square, where more than 30 families practice their traditions in a peaceful commune.

If you had to ask people what they know about the Rastafari movement, chances are that many would be at a loss for words after mentioning Bob Marley, dreadlocks and cannabis.  While these three elements definitely play a big part in the Rastafari lifestyle, they are all influenced by Rastafarian beliefs. 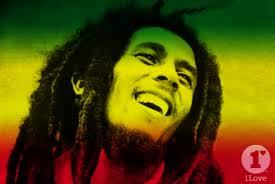 Bob Marley’s massive success as a musician worldwide played a huge part in spreading the word of the movement, as his catchy lyrics were full of the principals of Rastafarianism.

Dreadlocks, although also sported by surfers the world over, are fairly synonymous with the Rastafari, and although it is by no means a requisite hairstyle for followers, the movement believes it is supported in the Bible, hence its popularity within this community.

The smoking of cannabis is most often accompanied by Bible reading, and is regarded as a spiritual act.

The Rastafarian Culture Tour in Knysna is the perfect way to gain first-hand knowledge and insights like these into this colourful and deeply spiritual way of life.  You will be collected from your accommodation in Knysna and taken to Judah Square.  Here you will learn from visits to places such as the Judah Square Rastafarian Tabernacle, where spiritual beliefs as inspired by Haile Selassie I, former Emperor of Ethiopia are practiced.

Visitors will be shown rehabilitation efforts which have restored the area from a crumbling township block to the beautiful area it is now.   It has been lovingly re-established with bright colourful houses and with an incredibly eco-friendly sense of man’s unanimity with nature, the community have contributed to the reintroduction of indigenous flora and fauna alongside Khayalethu River.

Whilst on the tour you will also hear about plans to build a clinic, a wellness centre and a vegetarian restaurant – all of which will be run in accordance with Rastafarian beliefs.   Judah Square is also the venue for the annual Rastafarian Earth festival, celebrated in July, which has already gained worldwide popularity.

A Rastafarian Culture tour gives residents and visitors a chance to swap stories of lifestyles and more importantly, ask questions, because knowledge is vital for the people of a country like this one to live with acceptance and understanding.