On Track with Luxury at the Garden Route 300

The Garden Route 300 is the cream of the crop when it comes to mountain biking events in South Africa, and this year it takes place between February 27, and March 1.

When you ride this race there is no lugging of kit for miles in the mud, no camping out and no queuing for the loo.  It’s all about comfortable accommodation and convenience at this Knysna event.  After all, it’s tough enough out on the track, without contestants having to forego their comforts too.

Only 500 riders may enter this event so it’s best to do so as early as you can via their website.

Proceedings get underway the afternoon before, with registration at 4pm, followed by dinner and live entertainment at Quay Four, located on Thesen Island in Knysna. At 7pm you will be officially welcomed to the race and briefed on proceedings for the rest of the event.

Day One starts off with warm coffee and rusks at the starting post, which is also located at Quay Four, so choose accommodation within walking or cycling distance for extra convenience. The Turbine Hotel is just 200m away and ideal for this early start.

The leaders of the pack are expected to arrive at around 11:30 am, just in time for a buffet lunch at the Quay Four race village.  Lunch is served until 4pm so you have plenty of time to complete this leg at a steady pace, with moments to admire the pristine Garden Route scenery along the way.

For the second leg of the race, riders depart at 7am from Quinta Da Montanha, on the Rheenendal Road, after complimentary coffee and rusks.  Prize giving starts at about 1pm and Avis will be running a complimentary shuttle back to Quay Four for lunch, from 12 until 5pm. Dinner and an audio-visual presentation follow at 6:30pm. 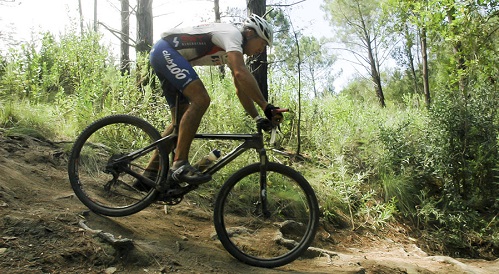 The last race day starts and ends at Quay four and is followed by the final prize giving and lucky draws at 1pm.

Mountain biking is one of the most popular things to do in Knysna, and this well-run, and well-attended, event is a real boom for tourism in the area. Taking place during the quiet season after the December holidays, the GR300 attracts not only cyclists, but their families and supporters too.

Will you be attending the GR300 this year?