Next week, the seaside town of Knysna welcomes one of the Garden Route’s most exciting annual events: the Knysna Literary Festival. Presented by Pam Golding Properties, the festival aims to promote South Africa’s rich literary heritage. 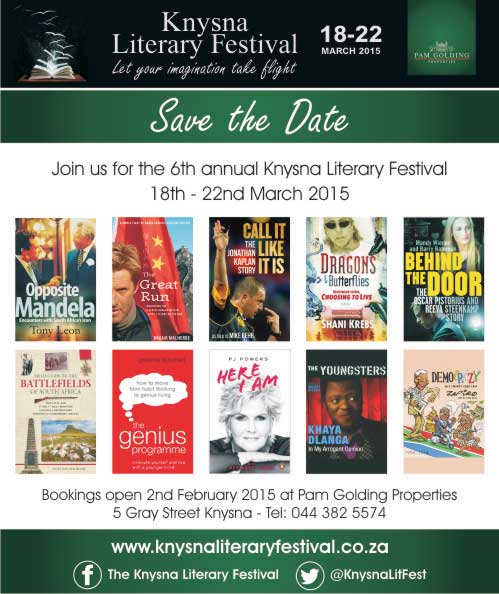 Running from the 18th to the 22nd of March, the Knysna Literary festival has been operating for the past 6 years and is currently the only annual literary festival on the Garden Route. Bookings opened on the 2nd of February and tickets can be bought through webtickets.co.za.

The show is scheduled to run as follows:

Saturday, March 21st
A mingling session with award winning authors
“Dragons & Butterflies” by Shani Krebs
A Delicious Word Journey that includes “Democrazy” by Zapiro, We Need to Talk” by Professor Jonathan Jansen, and “The Great Trek” by Braam Malherbe (sold out).

Sunday, March 22nd
Battle of Spioenkop by Simon Blackburn
“Call it Like It Is” by Jonathan Kaplan. 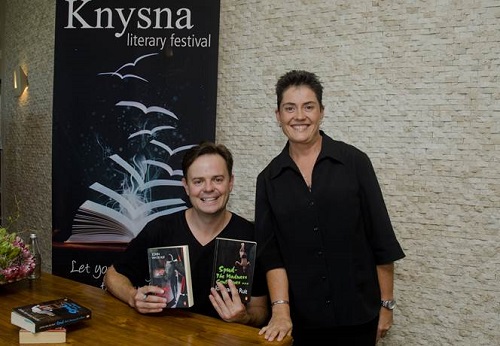 For a more detailed outline of the programme for 2015, click here. And if you plan to come to the festival, and are yet to find accommodation, head down to the Turbine Hotel & Spa, for exceptional hospitality and a overall luxurious stay.

The Literary Festival is definitely one of the many reasons to come to Knysna, and a great chance to engage with some of South Africa’s most inspiring authors, so hurry and book your tickets now!