If you just happen to find yourself in the Plettenberg bay area this month, the Plett Food Film Festival at The White House Theatre will be taking place between 9 and 11 July.

The food film festival has become a popular festival in Plettenberg Bay, following on the success of the inaugural event held last year, and promises to once again deliver a range of spicy, tasteful and wholesome experiences.

Distinguishing itself from your run of the mill film festivals, this Plett event revolves around the novel concept of pairing suitable food with a variety of food-themed films, and has been well received by foodies, film buffs and families alike.

The event kicks off with Big Night on Thursday 9 July, starring Stanley Tucci, Minnie Driver and Isabella Rossellinni.  The film, set in the 1950s, focusses on a struggling restaurant run by two brothers and will be followed by a three course Italian Festa, a talk by Karen Dudley and live music. 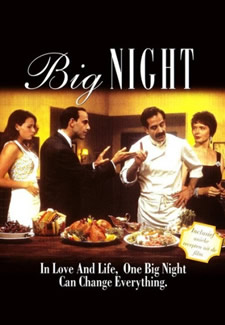 On Friday 10 July, it is the turn of The Cheese Nun and A Year in Burgundy, accompanied by a wine and cheese pairing in the capable hands of celebrity chef, Reza Mahammad, and Plett’s best cheese and wine makers. After the formalities, you can dine on some of Plett’s finest offerings at the complimentary cheese and artisanal bread table, against a background of live music by Linx.

Saturday 11 July is family day with Disney’s Feast, which features a movie about Winston, a Boston terrier, and his love for junk food and snacks. Reza Mahammad and actress, Lika Berning, provide the entertainment, while Murray Pienaar of Koekedoor fame will be baking the cupcakes. 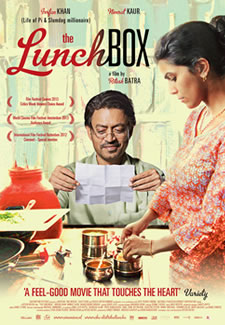 The final show on Saturday 11 July, is The Lunchbox, about a young woman trying to spice up her love life. Once again Reza Mahammad will be adding his own variety of spice to the proceedings with a demonstration before the show, accompanied by tasty canapés.

Located only 30 minutes from Knysna, both Plettenberg Bay, and the festival are an exciting Knysna day trip.

With all this in mind, book your tickets as soon as possible, hop in the car and make your way to this unique event in Plett.