The moment you walk through the doors at Turbine Boutique Hotel, the rich history of this fascinating structure, and its diverse surroundings. Knysna has a history spanning sailing ships, gold discovery and timber extraction to become one of South Africa’s favourite holiday destination.

The Khoi-san people originally inhabited the area until Dutch Settlers arrived in the 17th century. Knysna’s documented history began in 1804 with the arrival of George Rex, rumoured to be the illegitimate son of King George III, who subsequently opened shops, established a port and a timber business that exported hardwoods around the world.
The Thesen family moved from Norway to Knysna in 1870 and founded numerous business entities in the town, and in 1904 Charles William Thesen bought Paarden Island (now named Thesen Islands) and began processing timber on the Islands in 1922. Wood waste from the timber mill was subsequently used to start a power station which generated electricity from turbines and this eventually supplied the towns of Knysna and Plettenburg Bay with electricity until the mid 1970’s. The various structures were relocated around the island, often without documented plans, and were part of the Eskom power grid for many years. The current power station site, which now hosts the Turbine Hotel & Spa and Island Café, was built in 1939/1940.

A large industrial conglomerate, Barlows, purchased the logging operations on the Island in 1974 but these were decommissioned in early 1980 due to the adverse environment impact they caused. They subsequently sold on their site for re-development and CMAI went on to develop the Islands into the internationally acclaimed marina development it is today.

The last day of operation of the Power Station was 26 June 2001. A museum concept never materialized and the site was sold to the current Hotel owner and operators, Geoff Engel and Dandre Lerm, in September 2007. Rezoning, approvals and building of the 24 bedrooms, spa, conferencing facilities, pool, jetty and restaurant took almost 3 years and the full operation commenced trading on 12 August 2010. 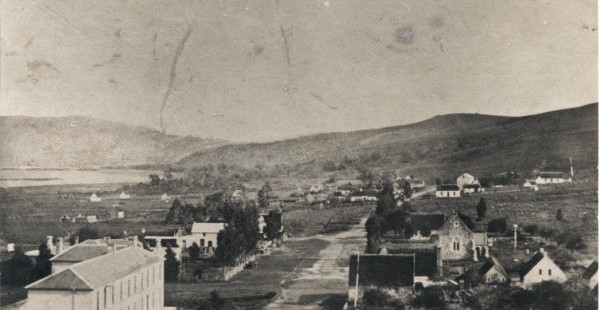 The original wood boiler, four electricity generators and much of the equipment have been fully restored and blend in with the hotel’s contemporary décor. Each bedroom has been individually decorated and is themed and named to reflect the rich cultural, historical and geographic diversity of Knysna.

The Turbine Boutique Hotel & Spa is a living testimony to the past of this unique operation and site. Once again it resumes its place as part of the Thesen Islands and Knysna community, as a haven for both locals to drop in and for tourists passing through this wonderful destination. 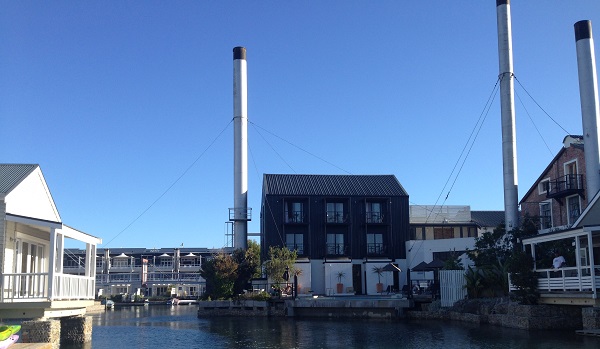 To book your spot at this one of a kind Knysna accommodation, and be a part of it’s rich history, call +27 (0)44 302 5746, email reservations@turbinehotel.co.za or visit the Turbine website for more details.