The Whale Shark which sought refuge in the warm waters of the Knysna Lagoon over last weekend has unfortunately since died. 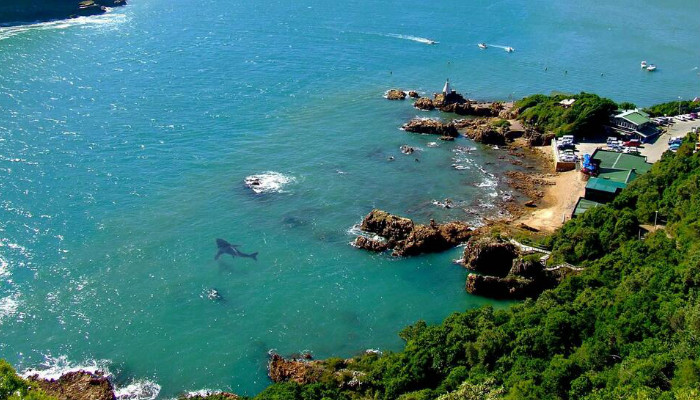 Owen Govender, Senior Section Ranger for SANParks Lakes, confirmed on Monday 13th March that the shark had died. The whale shark was last seen alive in the Ashmead Channel near SANParks offices. This was on the morning of the 13th, following its ordeal in the estuary over the weekend.

Jene Conradie, Knysna Area Environmental Monitor, says that it is possible that the cold water around Knysna initially placed the juvenile whale shark in a state of shock, when temperatures dropped to 8°c. Conradie suggested that noise pollution generated by boat propellers also likely added to the animal’s stress. 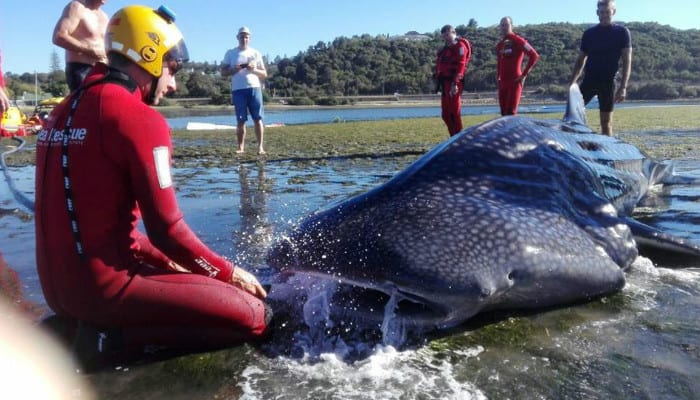 The whale shark was first rescued in the estuary on the morning of Saturday 11th March, after she was beached. The NSRI, paddlers, members of the public and SANParks helped her back into the water. The animal appeared weak and ill, and was assisted in pumping water through its gills.

“On Saturday around 16:00 we got her as far as the Ashmead Channel and were hopeful she would swim out to sea, but she was seen again in the vicinity on Sunday morning heading towards Leisure Island. She completely disappeared on Sunday evening until we saw her [on Monday] morning,” said Govender. 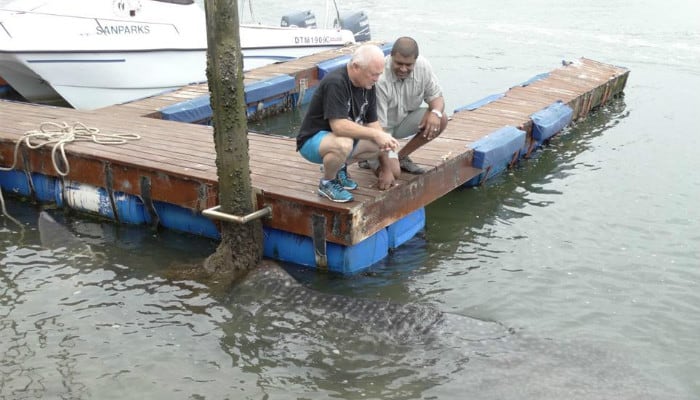 “A cold water offshore more than likely made the whale shark come into the estuary seeking warmer water,” explained Govender. He also said that low tide was lower than usual – because of spring tide – and this might have caused the animal to beach.

Govender said that everyone from SANParks, the NSRI and the public were thanked for their efforts in trying to help save the whale shark.

Take a look here to see the shark in the lagoon:

Tissue samples have been taken from the whale shark and SANParks will take the body out of The Heads to sea for nature to take its course. Owen Govender said, “This was one of those cases where nature took its natural toll and despite all efforts by SANParks and others, nothing more could be done.”

A full explanation as given by Conradie and honorary ranger Baden Hall below:

To keep up-to-date with what’s happening in Knysna and the surrounding areas, keep an eye on the Turbine Hotel & Spa blog. For more information on this Knysna Hotel, contact us here today.

This website uses cookies to improve your experience while you navigate through the website. Out of these, the cookies that are categorized as necessary are stored on your browser as they are essential for the working of basic functionalities of the website. We also use third-party cookies that help us analyze and understand how you use this website. These cookies will be stored in your browser only with your consent. You also have the option to opt-out of these cookies. But opting out of some of these cookies may affect your browsing experience.
Necessary Always Enabled
Necessary cookies are absolutely essential for the website to function properly. These cookies ensure basic functionalities and security features of the website, anonymously.
Functional
Functional cookies help to perform certain functionalities like sharing the content of the website on social media platforms, collect feedbacks, and other third-party features.
Performance
Performance cookies are used to understand and analyze the key performance indexes of the website which helps in delivering a better user experience for the visitors.
Analytics
Analytical cookies are used to understand how visitors interact with the website. These cookies help provide information on metrics the number of visitors, bounce rate, traffic source, etc.
Advertisement
Advertisement cookies are used to provide visitors with relevant ads and marketing campaigns. These cookies track visitors across websites and collect information to provide customized ads.
Others
Other uncategorized cookies are those that are being analyzed and have not been classified into a category as yet.
SAVE & ACCEPT