The first ever Knysna Film Festival is happening from the 29 October to 2 November 2019.

The festival will be screening award winning South African Films such as Oorgang, Whispering Truth to Power, Rhino Cup, The Last Victims, Dying for Gold and many more.

The films showing are a mixture of genre and come from all over the world.

“We are very excited by the number of submissions we received for our first festival and the support from the stakeholders.” says festival Director Patrick Walton.

The Knysna Film Festival will open with the Festival Premiere of Fiela Se Kind on Tuesday 29th October 2019.

This is an exclusive event ticketed only and tickets are available on Computicket. 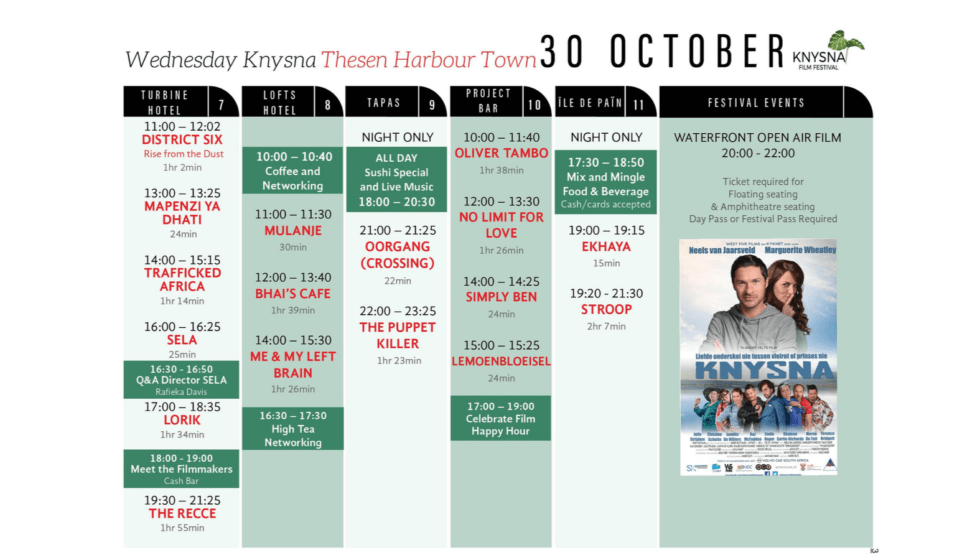 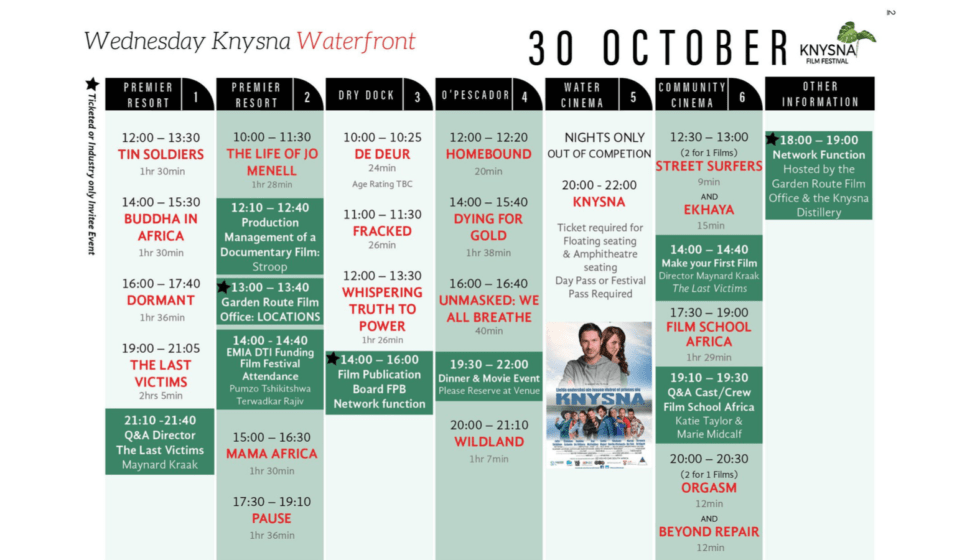 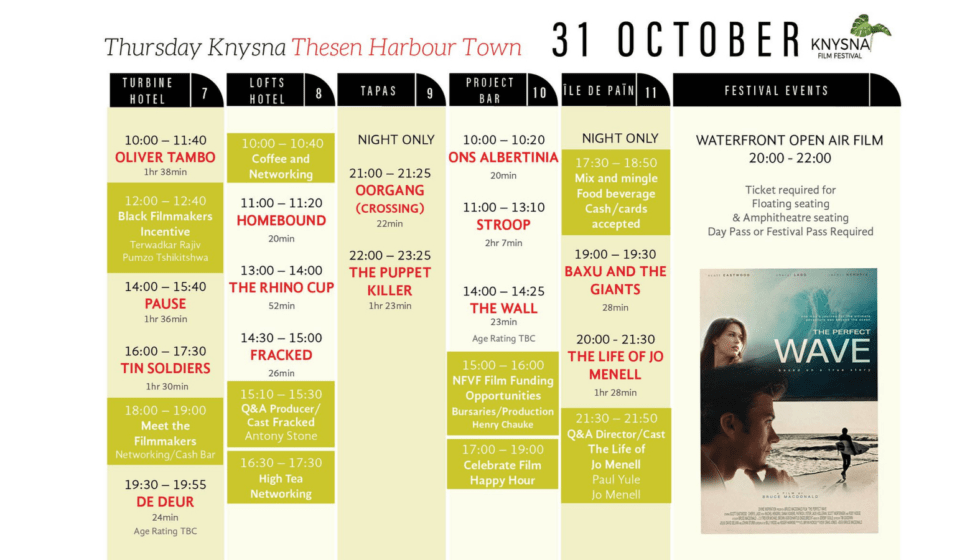 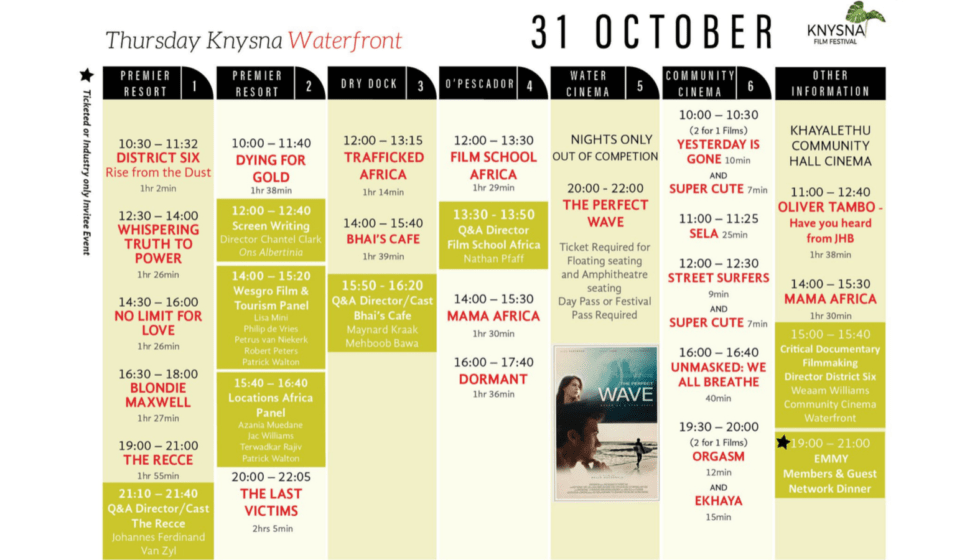 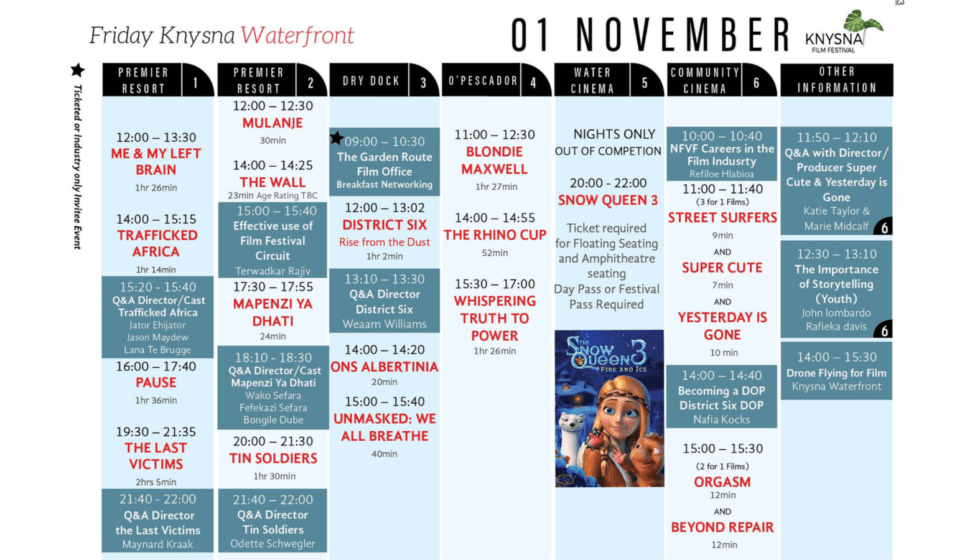 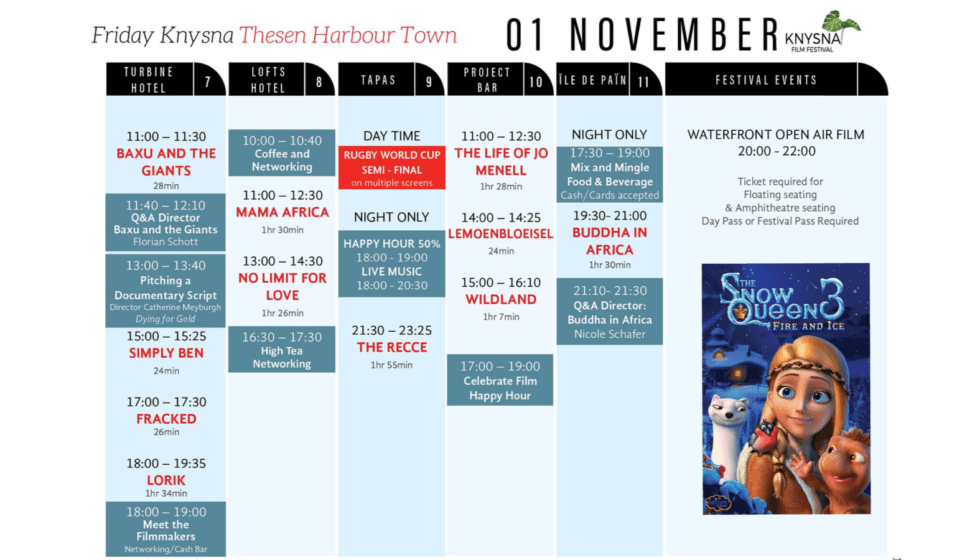 The final night will be the Awards Gala event with cocktails, a Green Carpet and the closing film, Stroop.

The Awards Gala and closing film will take place at The Premier Resort Hotel on Saturday 2 November 2019. The closing film is one which has done incredibly well on the International Festival circuit.

This is also a limited ticket event. 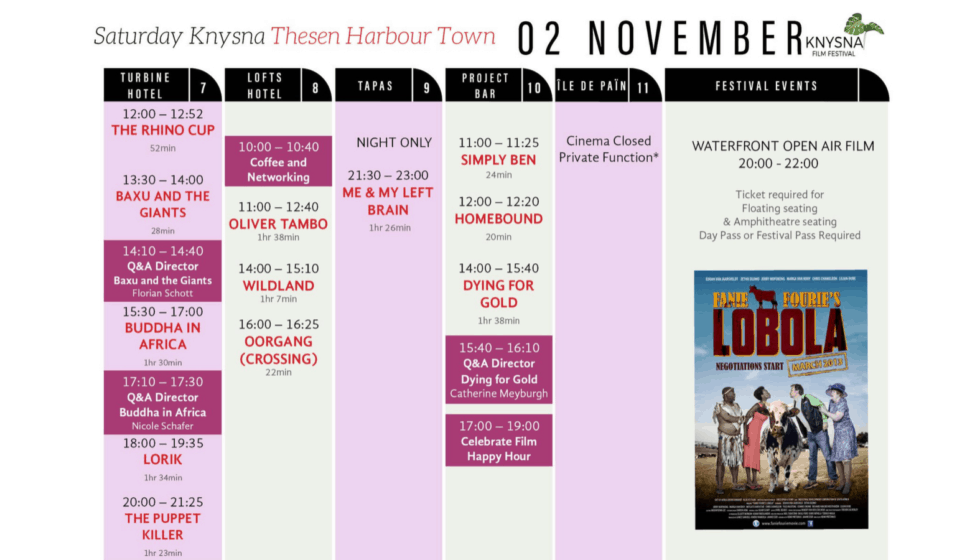 The Knysna Waterfront basin will be transformed into an open-air cinema with a 300” Screen.

Seating will be available around the edge of the basin which can be accessed with a festival pass or a day pass. First come first serve is the name of the game with no reserved seating.

In addition, the organizers welcome audiences to “BRING YOUR OWN LILO” and enjoy the movies from the water.

Unfortunately, no under 13 permitted. There will be a lifeguard on duty.

Find your tickets on Computicket here.

Central to the Knysna Film Festival, Turbine Boutique Hotel offers the perfect base from which to experience the pleasures of the silver screen. Join us at the Turbine Hotel & Spa on Thesen Islands for convenient and tranquil accommodation.

Have a look at our Specials Page and book online or email us at book@turbinehotel.co.za. We look forward to welcoming you to the magnificent Garden Route of South Africa.