Best Safari Parks and Game Reserves to Visit Near Knysna

At the heart of the Garden Route, Knysna’s parks and reserves host Big Five wildlife and a range of marine mammals amid forests, beaches and mountains.

Dense old-growth forests cover the land between the mountains and beaches along the Garden Route, the coastal strip centred on Knysna. Wild elephants once roamed here, but they have disappeared from the Knysna, Wilderness and Tsitsikamma sections of the Garden Route National Park. So too have the 19th-century woodcutters, gold panners and colonial settlers. Nonetheless, walkers on the forest trails can spot woodland wildlife from vervet monkeys to the crimson flash of the rare Knysna lourie in flight.

The Garden Route’s popularity has also seen the establishment of several malaria-free private wildlife reserves, which offer sightings of big cats and other hefty African mammals. It is worth researching the treatment of animals and conservation practices at the smaller reserves and wildlife attractions. Note that the Southern Africa Tourism Services Association (SATSA) deems most activities involving interaction with captive animals as unacceptable. The following are safe choices to see wildlife ranging from Cape fur seals to cheetahs. 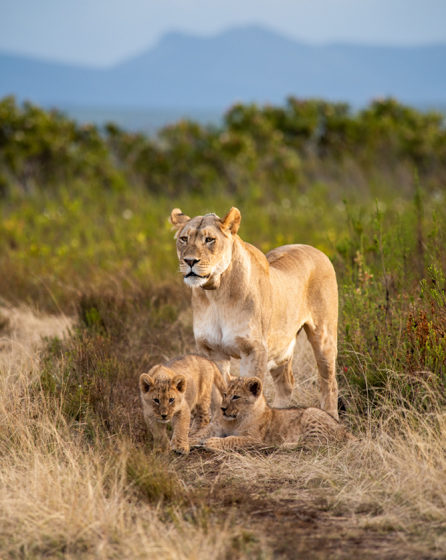 Just outside neighbouring Plettenberg Bay, Robberg is a nature reserve and national monument. It is also a World Heritage Site. Its rocks date back 120 million years to the break-up of Gondwana, the supercontinent that once covered a fifth of the globe. Its caves show evidence of Stone Age habitation. The rocky peninsula is home to the rare blue duiker, the Western Cape province’s smallest antelope. There are three hiking circuits and one of the Cape coastline’s seven climbing-falling dunes. Interestingly, this climbing-falling dunes system also occurs on Mars.

Extending 1.8km/1.1mi into the Indian Ocean, Robberg is also a marine reserve. It is home to southern right whales, great white sharks, dolphins and a colony of 6,000 Cape fur seals. And there’s also the red roman, a sea bream that can sex-change from female to male if a predator eats the dominant male. Offshore Adventures offers a range of marine activities, including swimming with the inquisitive seals, nicknamed the dogs of the ocean. 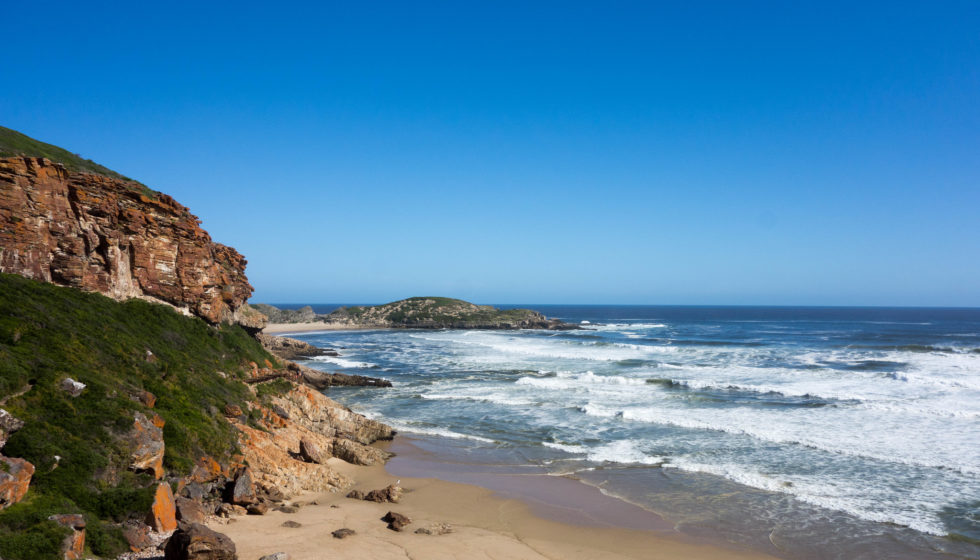 Another Cape Nature reserve and World Heritage Site, Goukamma protects 25km2/9.6mi2 of indigenous yellowwood, stinkwood and candlewood forest on the western side of Knysna. The forest is inhabited by bushbuck, bushpig, porcupine, mongoose, honey badger and grysbok. The diverse environment of sandy and rocky shores, forest, fynbos vegetation, the Goukamma River’s semi-closed estuary and freshwater Groenvlei Lake attracts over 220 bird species. These include the rare African black oystercatcher. Bottlenose and humpback dolphins, southern rights, sharks, seals and sea turtles, including loggerhead, green, hawksbill and leatherback turtles, can be spotted in the marine reserve. Head to the long beach at Buffelsbaai for surfing, snorkelling, kayaking and kitesurfing.

Named after its landmark rock formations, Botlierskop Game Reserve is 42km2/16mi2 of bush beneath the Outeniqua Mountains. The reserve has four of the Big Five: lion, elephant, buffalo and rhino. The 26 species here also include zebra, giraffe and hippo. Day visitors can see these animals on wildlife drives, guided bush walks and horseback safaris into the fynbos-clad mountain valleys. Botlierskop is engaged in many projects to conserve flora and fauna. It has veterinary safaris, on which guests assist with procedures such as darting an elephant. Proceeds from these safaris go to the African Wildlife Conservation Foundation (AWCF). 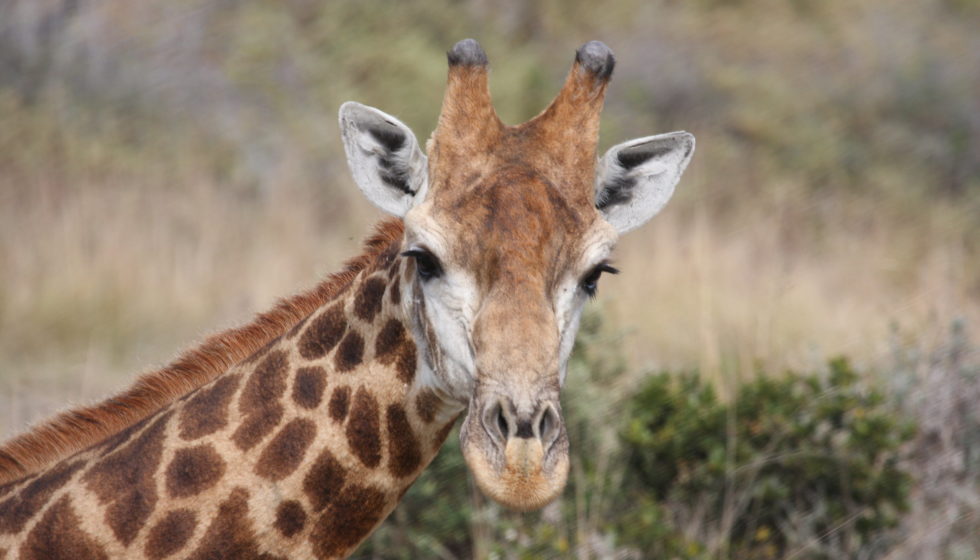 This is one of the best places in South Africa to spot cheetah, and the reserve also offers day safaris. Open-topped Land Rovers set out in search of lion, elephant, white rhino, buffalo and more. The day trips are followed by a drink on the restaurant deck overlooking the reserve. Garden Route Game Reserve is also a winner with children. They can experience guided bush walks, an interpretative walk around the Skull Garden, reptile encounters and stalking cheetah.

Also on the other side of Mossel Bay, the 110km2/42.5mi2 Gondwana Game Reserve is the Garden Route’s premier wildlife destination. Guests in the luxurious villas and tented eco-camp enjoy activities including safaris, mountain biking, guided hikes and geo-mapping the fynbos. The Southern Cape’s only free-ranging Big Five private wildlife reserve, its conservation initiatives include a 10km2/3.8mi2 protected area. This area is home to endangered and speciality species such as the Cape mountain zebra, bontebok and sable antelopes, orange-breasted sunbird and black harrier.

Heading west to Cape Town from Knysna, several private reserves along the scenic Route 62 take advantage of the semi-arid Little Karoo’s open spaces. These include Sanbona and Aquila. Taking the N2 highway, Bontebok National Park near Swellendam is a great stop to see herds of the namesake brown-and-white antelope backed by the Langeberg range. Fynbos-carpeted De Hoop Nature Reserve is famous for land-based whale watching.

Using Knysna as a base for wildlife viewing allows you to combine binocular action with the lagoon-side town’s excellent restaurants, cafes and boutiques. Located on Knysna’s upmarket Thesen Islands, the Turbine Boutique Hotel and Spa offers a cool and distinctive five-star stay in an art-filled converted power station with a gastro pub and canal-side cafe.